Know The Difference Between Ethernet Cable vs Patch Cable

What is Patch Cable?

What is an Ethernet Cable?

"Ethernet" is a type of protocol that specifies how bits of information communicate over a specified medium. The Ethernet cable includes cable such as fibre optic cable, twisted pair or coaxial cable and category cable. And copper network cable and fibre-optic cable are the two common types of Ethernet cables. In general, people get used to naming Ethernet cables as Cat5, Cat5e and Cat6 as Ethernet cables to simplify the appellation.

Thus, in short, the ethernet cable is a type of cable whereas the patch cord or cable is a part of this cable as a connector on both ends.

Here are some of the most common questions that are addressed to clear the air to understand the difference between Patch cord and Ethernet cable,

Can I Use Any Ethernet Cable?

No. There are different types of Ethernet cables, such as optical fibre cables, Ethernet crossover cables, and group copper cables, according to the definitions above. Each type has different specifications and applications, accordingly. For example, for long distances or applications needs high bandwidth or electrical separation, optical fibre cable is used. Whereas in buildings Ethernet crossover cables are used.

Is Patch Network a Cable Straight Through?

Can an Ethernet Cable Be Used As a Patch Cable?

In most instances for copper networks the Ethernet cable and patch cable are the same stuff. But the latter is usually shorter, from your patch panel to your switch board. There is a need to use 100 ft Cat6 cable for home network wiring, for example. The 100 ft Cat6 patch cable can then be used as an Ethernet cable in this case.

Looking for good quality cables to build your network? Shop customized cables and more from ConnectZone, your cable expert! 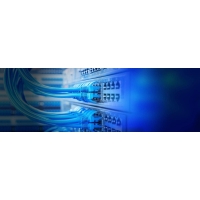